2009 PLAYERS... What a week! Monday was the first annual Nationwide Tour reunion and cookout. They brought in the "Big Truck" and fired up the grill. A bunch of former Nationwide players dropped by to catch up old with friends. 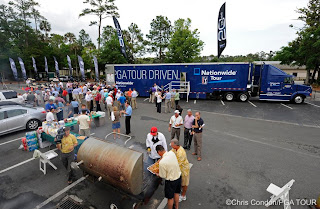 Jerry Kelly adds his signature to the banner in the truck. 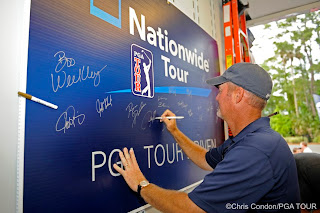 We had a lot of requests as usual. Here is our shot chart for the week! 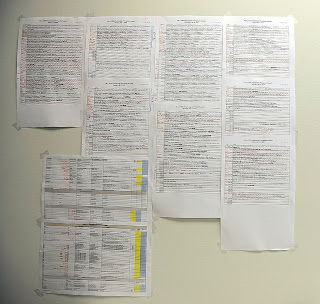 Early in the week we gathered images of tournament preparation.
Caddies gather early near the clubhouse and wait for their pros. 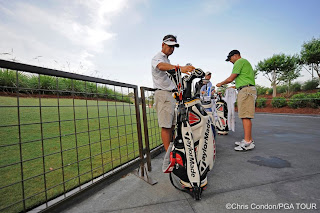 A bag of balls on the back range. 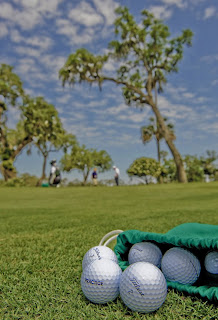 Tuesday evening was the player family party at the Ponte Vedra Surf Club. It was a circus theme and even had a performing dog show. Caryn was totally jealous! 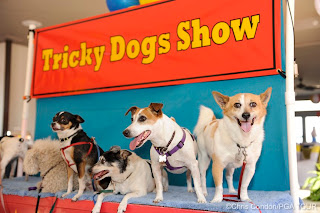 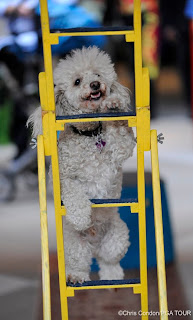 This dog had a monkey on its back. Maybe too many years in showbiz? 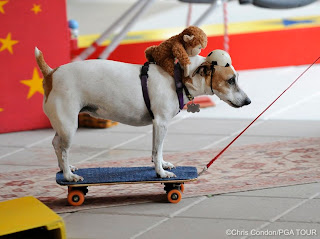 Wednesday is the annual caddie contest at #17. Players donate to the Bruce Edwards charity fund and then their caddies take a shot at the island green. 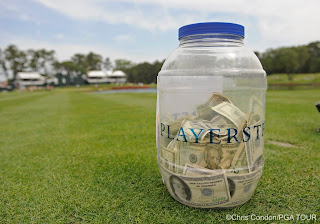 Wednesday was also military day and concluded with a tribute to President George Bush (#41). I had a birds-eye view in a TV tower behind the 18th green. 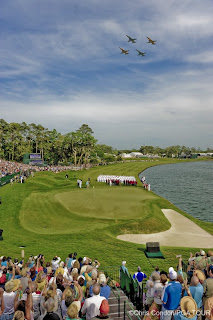 Thursday finally arrived and we got to photograph some golf! This is a photoshopped image from the 6th tee, one of my favorite spots. Friday evening was the media party and pig-roast. They had the full pig on a spit. I called Caryn in the media center and told her how "blog-worthy" it looked. She came right out. 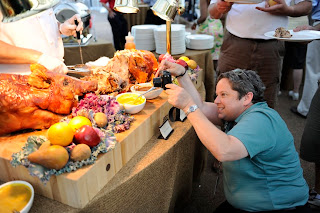 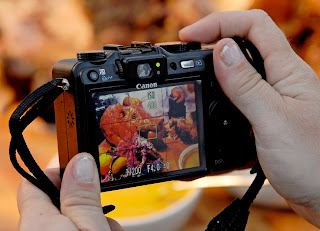 I wanted to try a new remote location this year at the foot of the trophy presentation stage. Caryn grabs a shot of me and Stan as I'm rigging it up. 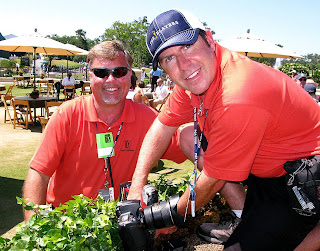 Fans gather at the first tee for the final groups on Sunday. 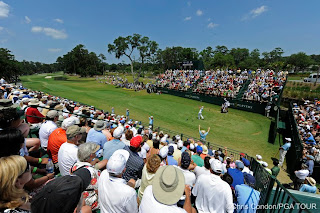 You never know who you'll see at the PLAYERS! Beth hangs with Lisa, Evan and Andrea as they taunt me with cold beer. 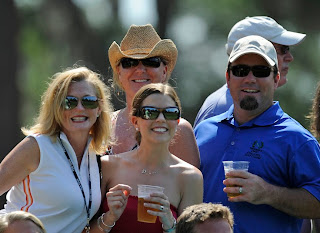 #15 is another of my favorite tee boxes. Henrik Stenson tees off with the lead. 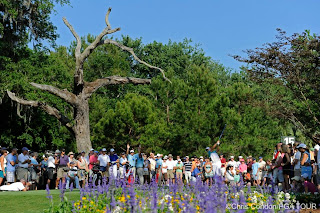 A remote shot at the 18th green as Henrik Stenson wins the 2009 PLAYERS. 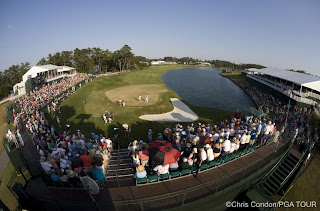 Rick Dole gets a shot of me waiting for the trophy ceremony.
I usually shoot from the side for a different angle. 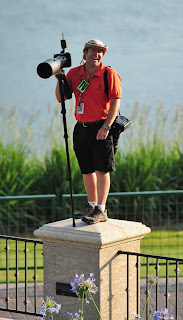 Halleran looks relieves that it's over. 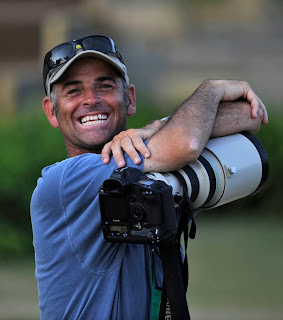 The remote I put on the stage worked out pretty well for the trophy handoff. 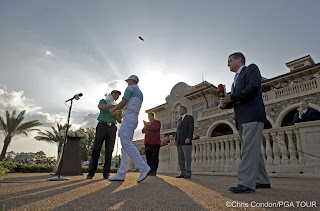 Sergio congratulates Henrik on the victory. 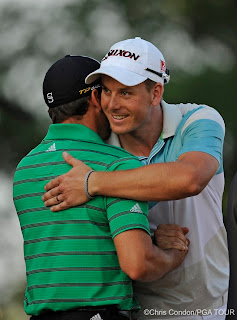 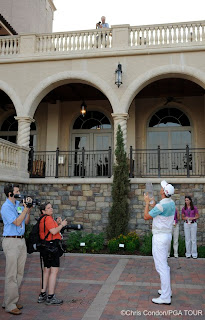