How do I start this one?... In a pretty strange coincidence, I found one of the Navy ships my dad served aboard. My father was a lieutenant commander during WWII, and was the captain of several Admirable class minesweepers. I was never sure what happened to the three ships he commanded; the U.S.S. Admirable, the U.S.S. Lance and the U.S.S. Scrimmage.
I received an email last year from Ray Boland, a marine biologist who works for N.O.A.A. in Hawaii who said he knew where one of my dad's ships was. He found me through my earlier blog entry about visiting the U.S.S. Hazard minesweeper in Omaha. He told me about an artificial reef off Oahu called the "Mahi" that used to be a Navy minesweeper and it was the Scrimmage. It is a diveable wreck and Ray offered to take us for a visit. We went on Monday after the Sony and were joined by Ray's colleague Hans Van Tilburg who is a maritime heritage coordinator and very knowledegeable of the wreck.
It was a great dive even though the visibility was poor. The wreck is starting to deteriorate and it's not safe to penetrate, but it was still awesome to swim over the decks my dad once walked wearing the mantle of command. 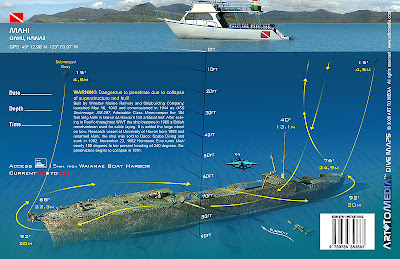 Our dive boat waits at the dock. 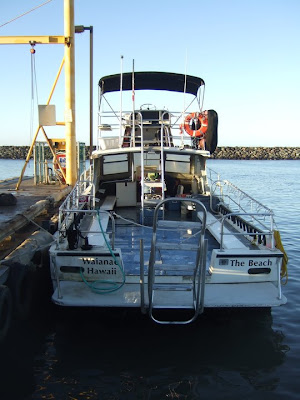 Looking back at Oahu. 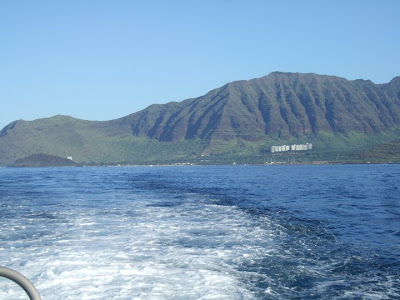 Beth and Ray chat on the way out. 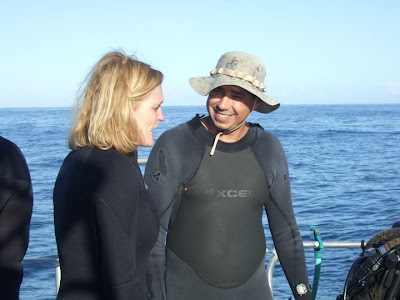 Ray gets a shot of me on the deck of the Scrimmage. And over the wheelhouse. 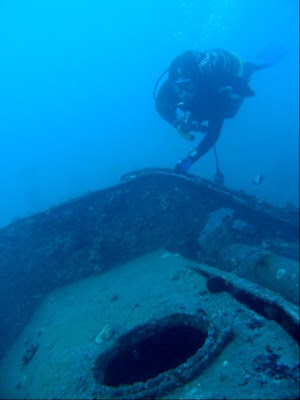 Beth swims over the bow. 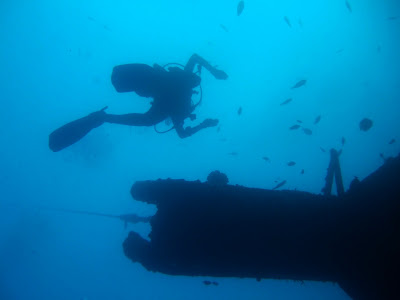 Hans gets a shot of growth on the hull. 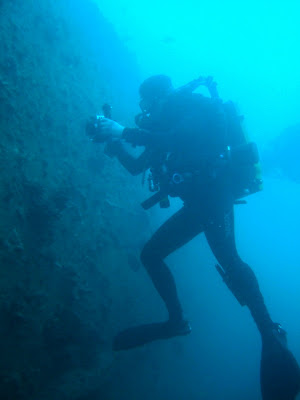 Ray near the mast. 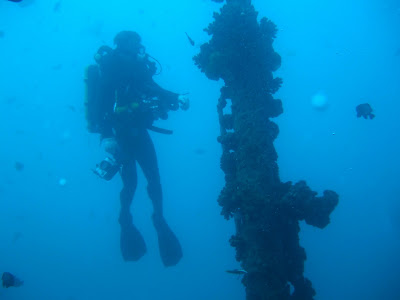 I thought I'd add a few shots from my dad's collection for perspective...
Lieutenant Commander Richard C. Condon 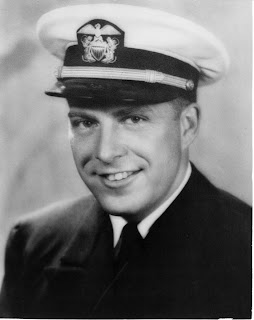 The captain at work. 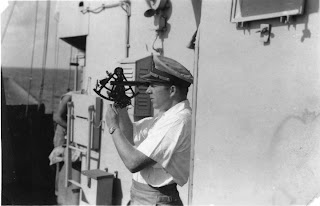 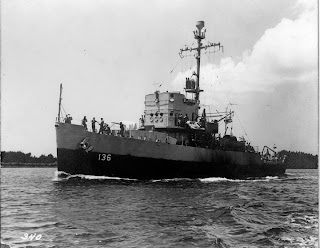 Hello!
My grandfather served aboard the Scrimmage, as minesweeping officer. He spoke often of the ship, its actions, and the men he met while serving. He spoke highly of your father as a man and a commanding officer. Thank you for posting the photographs of your dive.
Coincidentally, my grandparents were from Omaha. On three visits to them, we went to Freedom Park when it was open. The Hazard was open then, and we could walk its passageways unguided. Below decks the ship was preserved exactly as if no one had touched anything since 1946.

More photos of the Scrimmage